Here are a few famous athletes from Wichita Kansas –

Lynette graduated from Wichita’s North High. She was the first woman to play on the Harlem Globetrotters. She was an amazing WNBA player, and she helped the USA women’s olympic basketball team take home the gold medal in 1984. Woodard is in the Kansas Sports Hall of Fame, and currently coaching at Winthrop University.

Darnell played basketball at Wichita Heights. He then attended KU, and became a part of the All-American team. He was on the 1980 olympic team, which unfortunately did not play because of a boycott. Valentine played on many pro teams including the Portland Trail Blazers, LA Clippers, and Cleveland Cavaliers.

Antoine Carr played basketball at Wichita Heights High School as a teammate of Darnell Valentine. Carr played all four-years at Wichita State University before moving to begin his professional career in Italy. Eventually, Antoine Carr returned to the USA to play on several teams, including the Atlanta Hawks, Sacramento Kings, San Antonio Spurs and the Utah Jazz.

“Dave The Rave” played for the New York Knicks for eight-seasons, helping win the 69-70 championship. Before his professional basketball career, he played for the Wichita State Shockers, becoming one of the most revered players in the college’s history

Gale Sayers was an NFL football player who was known for being the hardest to tackle. He played seven-seasons for the Chicago Bears. The KC Chiefs offered Gale a higher salary, but he chose to stay with the Bears. After recovering from multiple injuries, he was awarded the NFL Comeback Player of the Year award. 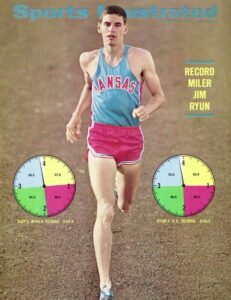 One of the most recognized athletes from Wichita – Later in his life, Jim Ryun was known for his seat on the US House of Representatives from Kansas’ 2nd district. Early in  life, Jim set a record that lasted over forty-years. He was the first high school student to run a mile in under four-minutes. He achieved this record while attending Wichita’s East High… Ryun set multiple world records and became a professional runner for a few years.

If you enjoyed this article, check out our recent post about famous entertainers from Wichita, KS.

We recognize where connection opportunities exist, and we help put people in their places – literally. But we take Wichita staffing one step further by putting the service back in staffing. That means we have real meetings with real people, and we expect real results. We’re a team you can trust; we want what you want.

Please fill out the form below to receive a quote for temporary hiring.